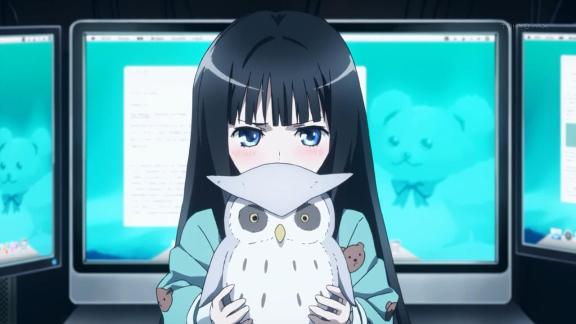 By the way, that piece of Kanji is from “Pepper Keibu”, originally sung by Pink Lady (a JPOP group from the 1970’s) and sung again by Morning Musume.  As you can tell, anime isn’t the only thing I like – JPOP idols are also a really big thing for me. But you’re not here for that little tidbit.

Instead, you’re here for the chain-letter questionnaire that I was tagged by miharusshi of Anime Vios. Anyway, this is the Inspector Green Tag anime questionnaire! There’s really no known history for this little meme but it apparently it found its way, somehow, to me!

01. When was the last time you went to a store containing anime?

Into a physical store? Not in a few years! There used to be a store at the local outlet mall but they shut down because of various reasons but mostly because their prices were way too high, the cosplays weren’t worth it, so many reasons! Needless to say, it didn’t stay around very long. Anime isn’t very mainstream where I am, and even if people were into anime – they’re usually a teenager and buy their stuff at the local Hot Topic instead. Oh, don’t get me wrong – I do too, especially to buy some “Sailor Moon” merchandise or clothes.

As for me, I do all my anime merchandise buying online. Sure – I might crumble and buy an anime DVD set (since that’s all I’m interested in buying with today’s prices) but I haven’t been into a physical store in a long while.

02. Do you usually watch anime online? On what website?

Crunchy Roll. I have a few other sources where I watch anime but I don’t want to say. Sometimes I watch it on Netflix, after all, that’s where “Ouran High School Host Club” is right now (as well as other anime that I really need to watch).

Plus, I don’t have cable anymore. It costs extra –  that money that can be used for figures or other goods. I get annoyed as it is with the Crunchy Roll ads (since I’m back on the basic level) so it’s hard having to deal with it. I need to get my premium account back…!! How did I survive on regular cable? How can I go back to that??

03. First Japanese word you learned from an anime?

It was “ohayou gozaimasu”, or “good morning”. They always say it just about once per episode so I’d figure I’d pick up on it. On the other hand, when I took a semester of Japanese in college, the professor also made us repeat this phrase (especially since the class was in the morning hours) over and over so it was ingrained in our heads.

Plus, with every attempt to learn a new language, it’s always best to learn the greetings, right? I mean, after the curse words, of course.

04. Best animation style, in your opinion?

If there’s a single person I could pick for this, it’s whomever worked with Satoshi Kon. Not only are his stories poignant and memorable, the animation sequences that comes along with it are breathtaking and it really does an amazing job of really driving the point home or keeping the mystery a mystery until it’s time for revelations.

I can’t really decide which of his works I like most: “Perfect Blue” or “Tokyo Godfathers”.

Despite “Perfect Blue” being one of the earliest work, it really does have an interesting plot and premise and, despite how it ended, it really did start to make me look at anime in a whole different way rather than just something fun to entertain.

“Tokyo Godfathers” is also amazing because it takes a look at (Japanese) society through the eyes of the three homeless people as they search for the baby’s parents. There are a lot of things revealed during the course of the story and within a single night; while something like this could be found as annoying in other stories, this worked really well.

Even though there are many things in Satoshi Kon’s movies that zoom by me, mostly because of cultural differences, these anime are animated very beautifully and very well-done. 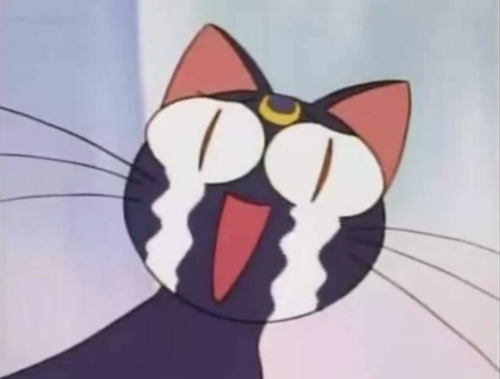 I’d have to say Luna from “Sailor Moon”! Not only is she a cute cat, but she’s also the reason why Sailor Moon exists! She’s more of a second mother to Usagi, despite her never really listening to her unless it’s dire, but she does pose as the Tsukinos’ pet cat with a crescent shaped bald spot.

Oh yeah, and she talks too! Who can beat a talking cat?

06. What is the longest anime you’ve ever watched?

“Fairy Tail”. I haven’t finished it yet, but with 175 episodes… that’s pretty long. Normally, I’d say I get bored with longer anime but as I’m getting older, I’m noticing I’m putting more and more anime with long anime count (in fact, I’m currently watching “Hunter x Hunter” – something I’d thought I’d never have the patience for).

Not only that, this anime is something I watch with Chu (although he’s being stubborn right now about finishing it) on occasion so it’s nice to have something to watch together! Though, after the first season, he’s just going to stop watching it… Well, at least I won’t have any regrets continuing on. I still enjoy it and that’s all that matters, right?

07. What is the shortest anime you’ve ever watched?

“Gokicha!! Cockroach Girl!” is an anime about cockroaches. What they should have renamed to is: “My Cockroach Can’t Be This Cute!” No, I don’t know why I watched it either – but I figure I was really bored and I thought, “Why the hell not?”

Thankfully, the pain wasn’t much since it’s short both in duration and episode length. I believe it was about five minutes and two episodes each. And yes, it’s as ridiculous as you’d think a moe anime about cockroaches would be.

08. What is your favorite anime couple? 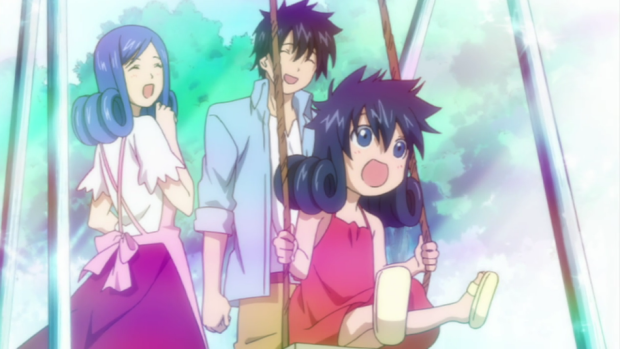 Juvia and Gray from “Fairy Tail”. I’ll go more detail into this when I talk about it in my 30-day challenge (whenever that will be) but I just wanted to talk about them! They’re honestly so cute with one another and the devotion she has to Gray is just adorable!

I completely understand her – she has the power herself but she knows she and Gray could be unstoppable together! She’s water and he’s ice so it makes perfect sense! Now only if Gray-sama could see that…

Well, that’s all the questions that’s given to me! So I’m going to tag: Nhan of Nhan Fiction, Bubu-Chan of Bubu-Chan’s Adventures, & Nodynu of Nendomeow!

Here are the questions that you should answer:

Anyway, see you guys next time! 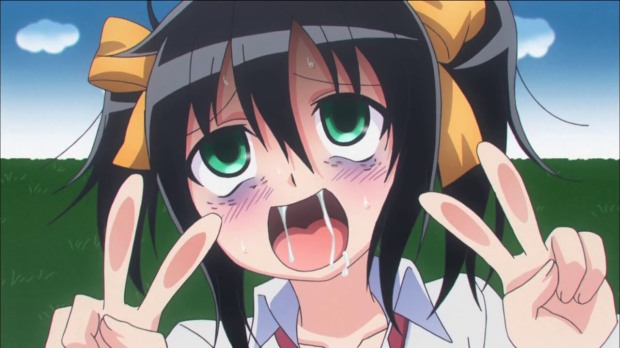 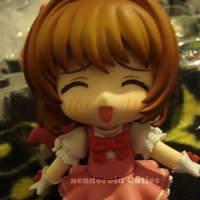 If you want to link back to this blog, feel free! My button is right here:

If you can't subscribe to Patreon but wish to make a donation, please click below! Though, if you just want to get me a gift, here's my Amazon wishlist!